Recently while looking at the ratings of different Game of Thrones episodes on IMDb I stumbled upon an interesting trend.

It appeared that the highest-rated episodes according to IMDb also happen to be when major characters die and/or there is an epic battle scene (such as Battle of the Bastards).

So I decided to delve deeper and found that the correlation is almost uncanny (especially in Seasons 1 – 7), as you can see in our chart below. 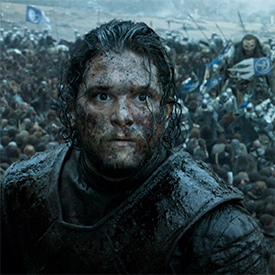 Battle of the Bastards. © HBO

Our fascination with death

Humankind has always been fascinated by death. Whether it’s dating back to the Egyptians or Greeks, or the Hindu god of death (Yama), or the Gladiators of Rome fighting to the death in front of huge crowds. Throughout the ages, there have been countless public hangings, beheadings, and burnings at the stake – almost always with eager and curious onlookers. In 1936 the last US public execution took place in Kentucky with over 20,000 people in attendance!

The concept (and often fear) of death has always had a unique hold on the human heart and soul. In this day and age we’ve taken it to a new level. With the current onslaught of media, the once morbid and occult have become mainstream news on every TV, computer, and phone screen, and they’re on 24/7. 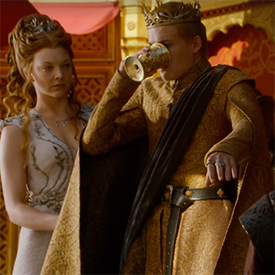 Joffrey Baratheon drinking the poison that kills him. © HBO

With death comes a certain type of ethos, and nothing portrays that better than the world-wild phenomenon of Game of Thrones. With the death of a beloved character like Ned Stark comes the intense emotions of sadness, anger. You mourn the loss. However, if it’s someone you hate like – Joffrey Baratheon – intense emotions like happiness, joy, and relief come to mind and you cheer for the loss. In both situations, intense emotions are felt, adrenaline is pumped through our bodies, and we feel an almost addictive sensation. GoT can really cause you to question morality, and I think that’s the point.

Game of Thrones’ unpredictability has made it one of the most popular shows on television. The carnage appearing in almost every other episode is volatile and often seemingly impulsive if not erratic. Often, it’s not just the bad guys that go, but the characters you love and feel emotionally drawn too. This adds a layer of emotional complexity to the show, which is why it’s unlike any other program.

The first major shock was the death of Ned Stark. Right away audiences lost their minds. How could this show kill off one of the leading, most popular and noble characters? Though Ned Stark didn’t quite make it through the first season, the attachment to him and his unexpected death almost felt personal. 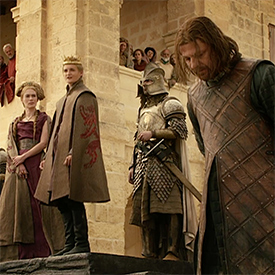 While some fans vowed to never watch another episode, the overall feeling was a creeping desire to see what would come next, and so the show became that much more exciting and addictive. It left audiences with a longing to see the impossible, possible. This wasn’t going to be the typical Hollywood predictable bullshit where well-liked characters were immune to death.

What do the highest-rated episodes have in common?

Unsurprisingly, the four highest-rated episodes all shared common elements that kept audiences on the edges of their seats. Each of these IMDb 9.9 rated episodes was filled with impending doom and hopeless situations with no way out, which ultimately left viewers with an overwhelming sense of urgency and a powerful emotional response.

The best Game of Thrones episodes based on IMDb ratings were: 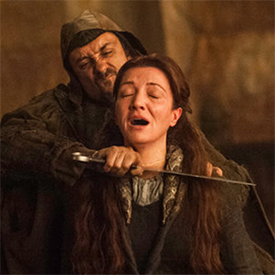 Catelyn Stark about to be murdered. © HBO

For me, it was Battle of the Bastards and the Winds of Winter that took the prize for the all-time best episodes. This is because they also had the element of relief when characters we had despised finally died. In Battle of the Bastards, we had the fulfillment of Sansa releasing the hounds on Ramsay which was definitely a time to celebrate since he was probably the least-liked, most evil character of the entire show. In the Winds of Winter, although Tommen committed suicide (upon seeing his wife murdered with the church explosion), it was a huge blow for Cersei who’d lost last child, and the ultimate finale was Arya getting her revenge by killing the entire Frey family. In my opinion, Battle of the Bastards was the most incredible episode of the entire show. I was literally trembling and sweating in my seat because I knew that Jon Snow and his army could easily have been the ones to die.

Use our interactive tool to sift through the GoT seasons

Instructions: Simply click on the column titles to sort by that filter. For example, click on the “Episode” title and the list will show the episodes in chronological order. Or use the search function to find a specific episode etc.

Please note: If you’re on a mobile device you can scroll horizontally to see all the data.

Game of Thrones impact on tourism

As a travel writer, another mass appeal of Game of Thrones is the amazing set locations. Game of Thrones spans continents and the overwhelming success has had both positive and negative effects on local economies.

If you look at the below Google Trends chart for the keyword “game of thrones tours” you will see that the interest has been gaining momentum for years but is now absolutely exploding!

The GoT effect on local economies

Here is a list of all the countries where Game of Thrones has been filmed:

The effects the show has had on the local economies of Croatia, Northern Ireland and Iceland has been especially interesting. Most of the set locations double as both a popular tourist destination in and of themselves, but the intrigue of a vacation within the same location as a scene from a favorite show takes a holiday to a whole new level.

Dubrovnik, Croatia has been moonlighting as Kings Landing, Braavos, Meeren, and the Red Keep. While that is a positive in many ways for tourists, it’s been a serious crunch for the locals with an infrastructure that is not well equipped for hordes of crowds. With a massive influx of tourists who are more interested in film sets than history, the ancient city is reeling with how to retain historical integrity amidst all the stardom. The popularity has even been called “overtourism,” with more than 1.2 million tourists descending annually and causing “disneyland chaos” for the 42,000 locals. 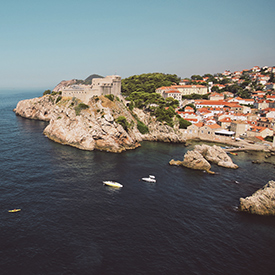 Game of Thrones has put Ireland on the set-location map. The green and solemn countryside is the perfect backdrop for medieval Westeros: Winterfell, Iron Island, and The Stormlands. With so many spectacular locations just hours from Belfast, Game of Thrones has brought millions in revenue, and along with it a sense of safety and security in a place that has a history of turbulence. While Ireland to Game of Thrones is what New Zealand is to Lord of the Rings, the fear of what comes after this past decade is whether Ireland will still be able to retain its serenity and appeal when it is not housing the beating heart of the show. 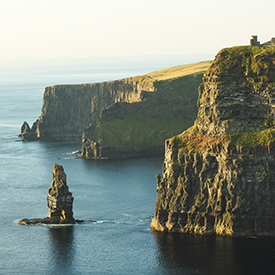 Iceland’s tourism has spiked in the past several years, and that’s credited to the show’s popularity. Around every corner in Iceland there is a new wonder. Ranging from the northern lights to the rugged coastlines, glaciers, and volcanoes, the unique diversity of the environment lends itself to the sets North of Westeros, North of The Wall, and the Wildling camp. While the economy is booming and the krona grows stronger, the fear is that with the stronger currency, housing will become more expensive and local industries will suffer. 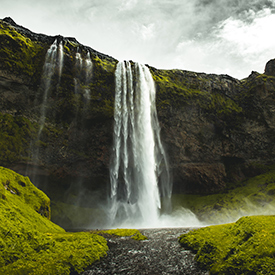 Whether or not you’re one of the millions who enjoy watching the deaths on Game of Thrones, there is little doubt that the show has struck a chord with the masses. Humankind’s fascination with death will certainly continue for millennia to come because if you’re born then you’re gonna die!… 🙂