By Asher Fergusson
Updated on December 30, 2022

To many people in the lower 48, Alaska is so far removed from the rest of the United States that it can feel foreign and hard to plan for.

It’s because of this that I’ve put together a list of tips for this location, including what to wear in Alaska, what to pack, what NOT to bring, and FAQs for the best trip possible.

Keep your attitude positive, your mind and eyes open, and your sense of adventure at the ready, and you’re sure to have a fantastic time in the Land of the Midnight Sun!

What to Pack for Alaska – 17 Essentials

Other Alaska packing lists items not to forget

What to wear in Alaska?

The right clothes for Alaska will depend on the season and where in this huge state you’re traveling. Unless you’re heading to the far north, summer should feel similar to other northern states. During Alaska’s cold winter months, however, you’ll want to plan for plenty of cold.

Layers are crucial – you will find that you heat up and cool down very quickly as you move around and explore. Don’t forget to choose moisture-wicking fabrics; you do not want to let moisture sit on your skin in cold weather, so avoiding sweat and dampness is important. 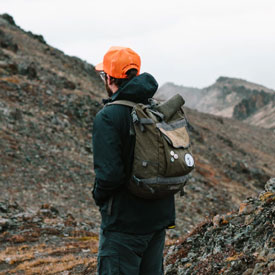 Spring is wet in most parts of Alaska. It’s also still fairly cold, especially in the earlier months, so plan accordingly! You’ll start to see more wildlife, but not many tourists brave this still-frigid time. If you have the right gear, though, you’ll be just fine!

Plan ahead with moisture-wicking scarves, lightweight waterproof gloves, and a warm hat. Don’t forget wool socks, waterproof hiking boots, and rain and snow pants depending on how much time you’ll be spending outside (hint: most activities in Alaska are outdoor-centered). Activewear is perfect during the spring, as it breathes and dries well. Avoid jeans which, while very much Alaskan in style, are a pain to dry once they get wet. Temperature averages vary widely based on region, but are generally around 35°F to 45°F (2°C to 7°C).

Summer in most of Alaska is a mild and pleasant season. Temperatures throughout the state typically stay well below what most people would consider “hot,” with the occasional exception.

Plan for mosquitoes, though, as they can be quite voracious! A good mosquito repellent should do the trick, and mosquito wristbands are easy to use and last all day.

Regardless, always bring a rain jacket that is light on its own but can be layered for warmth on chillier days. 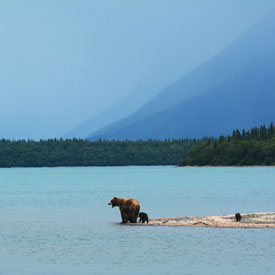 Jeans are an Alaskan staple and are quite versatile, though they don’t dry well so avoid them on the few rainy days during the summer. Consider bringing a pair of convertible quick-dry pants so that you can have good outdoor pants which can convert to shorts on the warmest days. Temperature averages vary based on region, but are generally around 50°F to 60°F (10°C to 16°C). Southern areas tend to be less extreme, and the interior regions are the most extreme.

Fall brings precipitation back into the picture after the drier summer. Certain regions will start to cool down very quickly, while others will maintain a more temperate feel until later in the season.

For any region in Alaska during the autumn, you’ll want a good, relatively lightweight rain jacket. Heavier rain jackets will get a bit warm, and it’s better to have a lighter outer-shell that you can wear removable layers under. It should be accompanied by a reliable travel umbrella and a moisture-wicking scarf to help keep moisture away from your face and neck. Gloves, hat, and wool socks are all wise choices, though they can be lighter-weight if you’re visiting a less intense region. Athletic pants are ideal at this time, and will keep you comfy and dry all day. Temperature averages vary based on region, but are generally around 35°F to 45°F (2°C to 7°C). Interior regions will cool off much faster, and will start to feel quite wintry by the end of October.

Winter in Alaska sounds magical, doesn’t it? It really does live up to that expectation in most areas.

A waterproof winter jacket that can be separated into multiple layers is a great idea here. That way you can choose exactly how much warmth you need on any given day or for a specific activity.

Gloves, hat, scarf, wool socks, thermal underwear, and items that can be easily layered all make up the ideal clothing haul for your winter trip to Alaska. 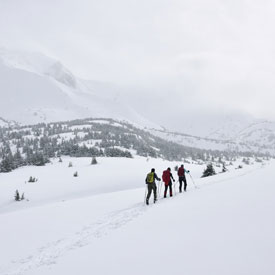 Sunglasses are also a good idea, as sunlight reflects off of snow and can be quite harsh on sunny days. Temperature averages vary based on region, but are generally around 5°F to 10°F (-15°C to -12°C). Southern areas tend to be less extreme, and the interior regions are the most extreme.
Regional weather differences in Alaska – (Click to expand)
Alaska is, by rough estimation, about 1/3-1/2 the size of the lower 48 United States combined, and it spans several climate zones due to its proximity to the Arctic Circle and various ocean and sea currents.

Far North: Much colder year-round. Most Alaska-wide averages don’t factor these temps in since they skew the averages so low. If you’re headed to Wainwright, Barrow, or another northern town, plan for cold and more precipitation during any season.

Interior: Places on the interior like Fairbanks, Denali National Park, or Gates of the Arctic National Park will have more intense weather, as they’re isolated from the ocean temperatures that warm other regions. The most extreme temperatures and winds will be found in this region all year round, so do a bit of current-weather research the few weeks leading up to your trip to finalize your clothing items.

Southwest Coastal: This area is dominated by beautiful temperate rainforests. Picture the kinds of forests you’d see in the US Pacific Northwest like Oregon and Washington, and you’ll get the idea. The ocean keeps the weather milder here, so daily (and annual) temperature fluctuations are less drastic. Annual rainfall is around 130 inches, which is one of the highest in the world. Plan for outdoor exploring that’s both wet and a bit chilly.

Southern: Places like Anchorage and the surrounding areas are sheltered from much of the crazier weather on the interior and in the far north, so they’ll have much more predictable weather. This region is very similar to the northern US in that the climate is mild but much cooler than most people are used to. Annual highs seldom get above 70 degrees, and annual lows aren’t very extreme either. Rains in spring and fall can be counted on.

What NOT to take to Alaska

FAQs about an Alaska vacation or trip