Austin is a very lively city all year round that welcomes people from different walks of life. It is usually a rendezvous for artists, musicians, professionals and people who enjoy traveling the world for vacation.

Are you planning to visit Austin any time soon? Then our Austin packing list is specifically made just for you. You’ll also find helpful sections on what to wear in Austin, what NOT to bring and answers to FAQs.

What to Pack for Austin – 18 Essentials

What to Wear in Austin

When you’re making preparations for a trip to this famous Texan city, keep in mind that you may find yourself enjoying the world’s best music in an oven. Trust me, you would be needing light-material, loose-fitting gowns, as well as some life-saving cool shades, especially if you’re going close to the end of June. When temperatures go off-the-chart and you start sweating faster than you hydrate, you would realize the reason why you needed to pack a few nice shirts, a cozy ruffle dress, skinny jeans, some crop tops, etc. 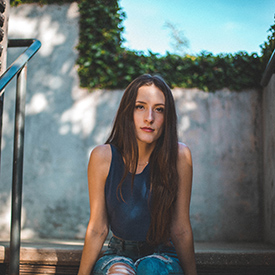 What Women Should Wear in Austin – (Click to expand)
Below is a sample women’s clothing list. (All items link to Amazon.com for your convenience).

For your winter dressing, you cannot be wrong in a Dassy Austin winter jacket, a black midi dress, casual denim, rock your crossbody Bandolier Emma sling phone case for that totally daring southern girl vibe. Hop in your dashing V-neck casual sweater, strap on the Dr. Scholl’s Mania Chelsea boots and you’re so ready to rock and roll it.

What Men Should Wear in Austin – (Click to expand)
Below is a sample men’s clothing list. (All items link to Amazon.com for your convenience).

As a guy, you don’t need to sweat this out, literally. Light clothing like t-shirts, flip-flops, and slim denim. You’ll not stand out as a tourist this way. Your daypack should include: a nice pair of travel pants, a pair of hybrid shorts/swimsuit, at least 2 pairs of socks, and at least, 2 sturdy travel underwear, a quick-dry towel, travel blazer and for music festivals, a fanny pack. Don’t forget to pack a pair of comfy sneakers and for the Austin vibe, a pair of Tevas.

Packing for the Seasons in Austin

Spring in Austin — March, April, May

Denim, T-shirts, Light, Jacket, Sneakers, High Waist Skinny Jeans
Austin’s spring comes with a calm and soothing beauty. As the city hurtles towards its period of high sun and winds, flowers steal some early chances to display their astonishing beauty, the sky flashes with a blueness that darkens after twilight culminating in a cool night. The temperature in Spring ranges from its lowest peak of 11° degrees Celsius in March to its highest of 30° Celsius in May. It rains averagely for 5-6 days monthly.

You would get the best out of the experience if you went out with your leopard scarf at night, as you walked through the lights and music of the city into Austinites and enthusiastic Texans brimming with different hues of laughter and chatter. In spring, Austin is one of the best places to be, and even more so when you are appropriately dressed for the season and the place. The sublimity of this is an experience you shouldn’t miss. Temperatures average between 52°F to 86°F (11°C to 30°C)

This is why you need to come prepared for the heat. Austin has a humid subtropical climate, and during summer, this can go from merely a medium level of warmth to a high level of burning heat. There will be a lot of sweating and dehydration, and you will need a well-suited army of dresses and accessories to ward off this assault, or at the very least, hold your line of defense long enough for Winter to arrive.

The temperature rises steadily from June and peaks at 100 degrees in mid-July, not going any lower than 30 degrees celsius until the second half of September. Your primary defenses will have to include t-shirts, shorts, sunglasses, water bottles, and a host of other saviors because the only significant break you’ll be getting from the heat will be during the rainy days, which won’t make a visit quite often. Summer lasts for about 3 months and 15 days from June 2 through September 18 with the average daily temperature above 19° F and the lowest 75° F. August usually, is the hottest month.

Since you’ll be sweating more often than you usually do, you’ll need a few more t-shirts than normal for ease of frequent replacement in order to maintain the weather requirement for light-weight and loose-fitting clothing. Your shorts will help you to take in even the lowest streams of coolness available to you, and your body won’t have to trap too much heat for its own good. And, since it’s a dry heat, always having a bottle of water as an intimate partner will help with periodic rehydration and prevent thirst from burning you out at moments you least expected.

All these, without forgetting your sunglasses, and your sundress too, for the ladies especially. Topless sandals will be just as cool, and you should try to wear skirts that aren’t too long. Summer in Austin can be very hot, but if you’re well-prepared for the occasion, you can rock the heat with a great deal of convenience. Temperatures average between 72°F to 97°F (22°C to 36°C)

Sweaters, Wool Beanie, Denims, Socks, Loafers
Just like the spring is the propeller that prepares Austin’s launch towards the searing flames of its violent summer, the fall is the slippery slope through which the city advances towards the winter. And it is a beautiful transitional phase between hot and cold, though closer to the latter than to the former. The temperature in Fall ranges between its lowest at 10° Celsius in November to its highest of 33° degrees in September. The rain probability is at about 24%.

Interestingly, you could “easily” call it the frozen summer, but there is barely any ice to see (and that’s the problem with “easy” things), so it would be more accurate to call it a diluted winter, almost similar to a chunk of ice dangling in a bowl of water. Your preparation for fall doesn’t need to be too dramatic, since there are no extremes to deal with. Having a pair of gloves, sweaters, and probably a winter coat should do.

You can put on your wooly clothing and your fashionable jeans as well. And, since it is “diluted winter”, you have more outdoor activities to enjoy without a need to worry about freezing. So, while the fall will come with some cold, you can have enough fun to make it warm. Temperatures average between 50°F to 90°F (10°C to 32°C)

Blazer, Button-down shirt, Beanie cap, Winter boots
Winter in Austin can be as extreme as things tend to be during summer. But, not always. Nevertheless, you need to prepare your mind, dresses, and accessories for this, if you want to enjoy your stay. From December to February, it can be pure, frigid cold, and this can go from brutal to benign, depending on whether or not you are used to a chilly climate.

It might not snow often, but there can be occasional freezing rains that can leave a quarter-inch of ice that even cars will be afraid to touch. This is not to scare you by making Austin in Winter look like hell, because it isn’t and can be just as enjoyable as the beautiful spring, and that’s why you need to take note of these things that, if not well prepared for are likely to spoil your fun. The temperature in winter ranges between 5° C in January to the highest of 19° tail February. Winter is usually mild and though it might go below freezing on some days, it occasionally snows.

I believe, hearing of Winter, you must already have guessed that you will need your sweaters, and you are very correct. But, that’s not all. It is even better if you make them well-layered, with a good level of thickness. And, there will be rains, so don’t forget your raincoats too! You’ll need gloves to save your finger bones from their merciless freeze, especially at night when the breeze of the season fully invades.

Your winter coats will be of great help in case things turn a bit white and you want to go hiking in the snow. With all these assembled for your trip, Austin in winter should be hassle-free for you. Temperatures average between 41°F to 66°F (5°C to 19°C)

Dressing Appropriately for the Activity: – (Click to expand)
Nightlife: Coat/Jacket/Raincoats
Austin nightlife has a diversity of fun activities, with clubs at every nook and cranny vibrating with dance parties, food carts on display for all variety of tastes, and local bands gyrating with passion and creativity. Of course, this is not all.

Several districts have their varieties of fun, some a bit similar, others a bit different. But from Rainey Street to Warehouse District, Second Street, South Congress, and “West Sixth”, the nightly fun and beauty are archetypally Austinian. Even the music scene at Red River, where Austin reminds the world of its position as the “Live Music Capital of the World”, is not exempted.

Music festivals: Light Colored T-shirt, Board Shorts, Maxi dress, Flipflop, Sneakers.
From the Martin Luther King March and festival in January to the Armadillo Christmas bazaar in December, Austin is habitually a nest of music festivities and parties you don’t want to miss out on while you’re around. And your appearance as you hit them up is as important as the experience you want. I’ll give you your choice of sleeveless vintage shirt, dresses, shorts, Tevas or flip flops. Especially in the Summer. You might wanna bring along your sweater or light jackets, in case the temperature dips lower than usual.

Casual sightseeing: Denim, T-shirt, Hat, Sunglasses, Sneakers
You should check out Barton Springs with its super cool lawns that attract visitors from all over the world. The Zilker park is amazing for you if you’re more of the outwardly t type. You have enough space to jog around, kayaking, hiking, rock- climbing and if you only want to sit under the shade and read a book, you’ll only be needing your polo shirt, sunglasses, wide-brimmed hat, and your comfy sneakers.

Horse riding: Denim, Button-down shirt, Riding boots, Wide-brimmed hat
As for horseback riding, your dressing is far more important than how you look on the horse. Wearing the proper attire and equipment affects how effectively and safely you ride.
With your long denim pants, long sleeved shirt, leather knee-high riding boots and a sombrero hat.

What NOT to Bring to Austin

What Not to Wear in Austin – (Click to expand)